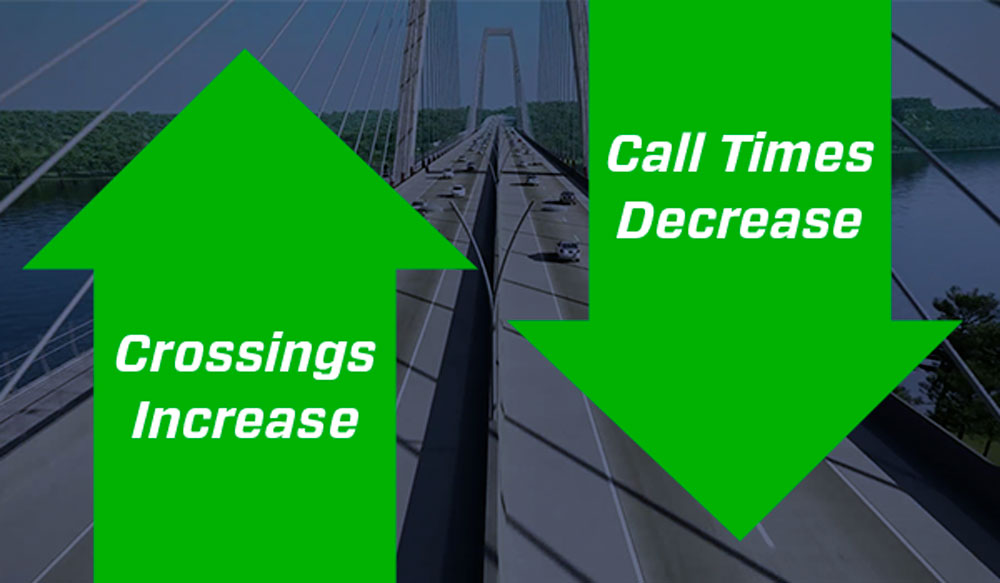 The second quarter of tolling on three bridges connecting Louisville and Southern Indiana saw an increase in the number of crossings on the bridges and significant improvements in RiverLink customer service. Tolling on the SR 265 Lewis and Clark Bridge, I-65 Abraham Lincoln Bridge and I-65 Kennedy Bridge started Dec. 30, 2016.

“We want to thank RiverLink customers for their patience, and let them know significant improvements have been made,” said Megan McLain, innovative finance manager with the Kentucky Transportation Cabinet. “We’re committed to delivering the help customers need in a timely fashion. The numbers show the many improvements we’ve made are working.” 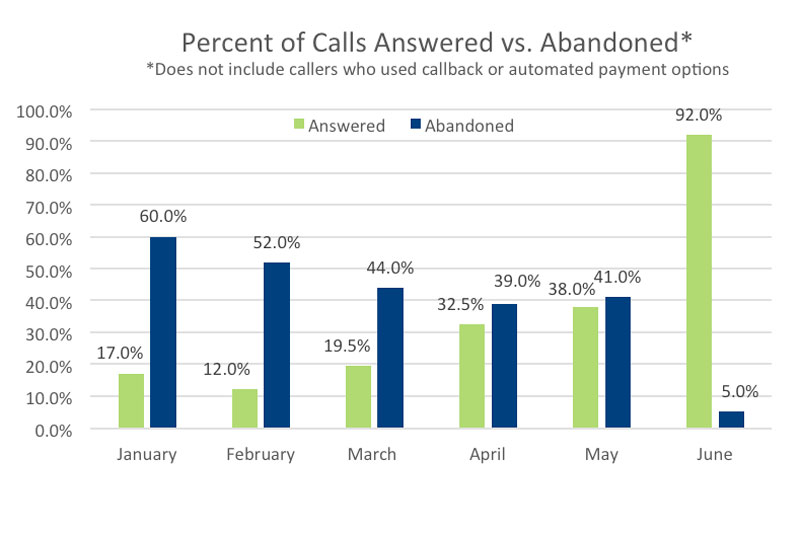 An automated payment option was added in May, allowing customers to pay an invoice over the phone without ever talking to a customer service representative. Several improvements have also been made to the website, including the addition of a RiverLink Help section earlier this year. The RiverLink Help section is currently being updated, and will soon include step-by-step tutorials for managing RiverLink accounts.

Nearly one million more drivers crossed the three tolled bridges in the second quarter of the year. Nearly 8 million crossings were recorded on the three bridges in April, May and June.

The number of crossings increased on all three of the tolled bridges in the second quarter, with the largest increase seen on the Lewis and Clark Bridge.

“We’re pleased to see more people opening RiverLink accounts and getting RiverLink transponders,” said Andy Dietrick, spokesperson for the Indiana Department of Transportation. “However, we’re not seeing a substantial increase in the number of drivers crossing tolled bridges with transponders. It’s important for all drivers to remember that when they cross with a transponder and prepaid account, they’re paying the lowest toll rates.”

An average of 59 percent of drivers crossed tolled bridges with transponders during weekdays in the second quarter, an increase of 3 percentage points from the first quarter of the year. 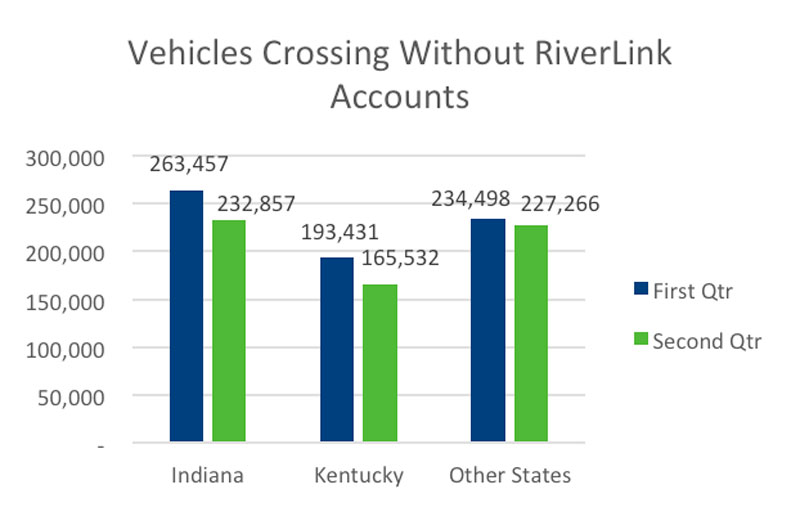 For drivers without prepaid accounts and transponders, cameras capture an image of the license plate and an invoice is mailed to the registered owner of the vehicle. There’s no need for drivers to take any action until the invoice arrives. Initial invoices are for tolls owed, and do not include any penalties.

The frequent-user discount is an automatic credit after 40 trips are posted on any of the three tolled bridges in a calendar month. The credit is 50 percent, and each additional trip that month is also discounted 50 percent.

Revenue numbers are preliminary for the second quarter. At the end of the second quarter, nearly $35 million had been collected and split evenly between Indiana and Kentucky. An additional $3.3 million will be received from E-ZPass systems in other states (drivers who crossed the tolled Ohio River bridges with E-ZPass transponders from other states).

The billing cycle is still active, and additional money is being collected from vehicle owners who have received invoices.